Do you know where the world capital is for haunted houses? Why, it’s right here in Pontiac, MI. The largest collection of first class haunts is located downtown and the biggest of them all is Erebus. Enjoy this promo video with a little White Zombie track thrown in to boot.

Leonard Skinner, the Florida gym teacher that inspired the name of the band, died last week at age 77. Here is a link to the local newspaper story about it-http://jacksonville.com/news/metro/2010-09-20/story/leonard-skinner-lynyrd-skynyrd-namesake-dies-77-0

Here is a segment from Glenn Beck covering the forgotten Great Depression of 1920. How they reacted to it resulted in the boom times known as the Roaring 20’s. We are taking the exact opposite approach today. Anyone unsure if the Obama approach is the right one should take a little time to educate themselves about this era. The mid-term elections begin tomorrow in some states thru absentee ballots so it’s time to make sure we make the right choices. They don’t want the public educated on the facts of this era because it flies in the face of what they are undertaking. Spread the word.

This is for you Nancy Pelosi.

With October right around the corner, I can’t help but to start thinking snow! Yeah, some of us Michiganders don’t hate winter and actually love the stuff. I just can’t imagine living here and hating winter because it’s so long you’d drive yourself nuts otherwise. So, in honor of it, here is a little info on it. Michigan is, of course, located in the snow belt and the recipient of mucho lake-effect snow depending on where you live. Detroit gets very little because of its location in the SE corner of the state. On the other hand, the Keewenaw peninsula in the west end of the upper peninsula averages over 300 inches a year! Here is a picture of a locally famous snow gauge in Mohawk used to keep track of it. It shows the record snowfall of over 390 inches in the winter of ’77. 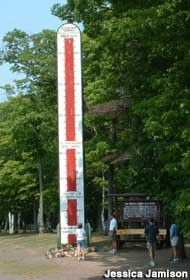 So what’s the big deal? We all know it can snow when the air temp is cold enough and we’ve all heard that no two snowflakes are the same. But there are some facts about snow not so readily known. For starters, snow is not frozen rain. That is sleet. A snowflake is a crystalline structure of snow crystals, which form when water vapor condenses directly into ice in the cloud. A technicality to be sure, but let’s give a snowflake its due. Also, 32 degrees farenheit is not really the magic temperature for snow. That only serves as a guide for what condition the snowflake will arrive in when it reaches the end of its journey floating down to earth. Actually, snow forming clouds begin at around 14 degrees farenheit. Here, the snow crystals grow just like growing crystals in a lab experiment. They continue to grow based on the availability of water vapor. Thus, the reason for our lake effect snow here in Michigan as the great lakes provide the evaporation source for the water vapor. 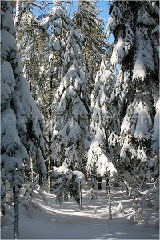 We need a temperature difference of 13 degrees celsius at the 850 millibar level with a fetch of at least 100km for lake effect snow to form. Say what? Well, there actually are a lot of technical aspects to the formation of lake effect snow which you can read about here if you’re interestedhttp://en.wikipedia.org/wiki/Lake-effect_snow. We only care about the fact that it happens and how much will we get. A very frustrating concept to a snow lover in the wrong part of the state. A few short miles can be the difference in receiving several feet of snow compared to just a few inches. Especially when you’re a kid praying for a snow day. 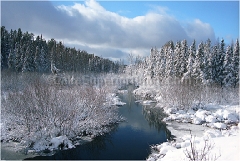 No doubt that those who live in an urban area have much to bitch about when it comes to winter. Shoveling, scraping ice, driving on salty roads that are ruining your ride all suck to be sure. But I figure if you live in an urban area you’re accustomed to life sucking in general due to all the other problems associated with it so what’s a few more? I say get out and try out some outdoor winter activities and you too will look forward to winter. Besides, with hot snow bunnies like Winter Olympian Lindsey Vonn out there, how can you go wrong? 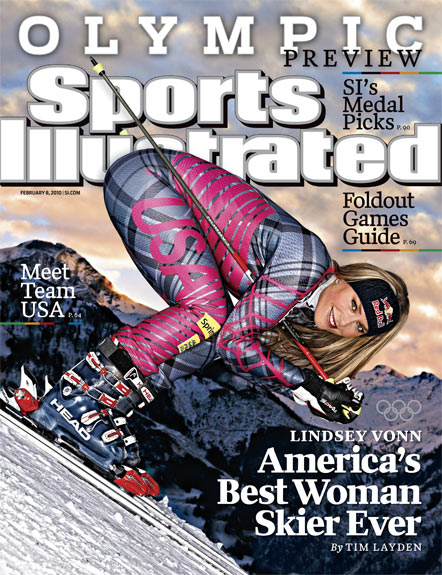 You sure don’t need it, but oh yeah, you want one! The Boss Hoss. Probably get beat by a stock 125 in a drag race, but it doesn’t matter. What a ride!

A young Steve Miller from an appearance on the Midnight Special